Look at New Definition of BROADBAND!

Yesterday, the FCC adjusted their definition of broadband. Typically in rural Nebraska, broadband ranges from 0 to 7 Mbps with 1-3 being most common. Nationally, the target now is 25 Mbps. We have a long long ways to go. As extension educators and assistants, it will be important for us to continually educate people in our communities and farms on the opportunities high speed Internet provides and also encourage service providers to search harder for new ways to provide increased broadband. The majority of US population already has achieved 10-20 Mbps but most of Nebraska hasn’t, at least affordably. 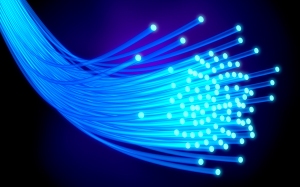 See the release below from
Frank Ohrtman, Director of Consulting and Project Management WMX Systems, LLC

At its regular Open Meeting today (29 JAN 2015), the FCC voted to raise the definition of broadband to 25 Mbps downstream and 3 Mbps upstream.